Welcome to the Art of Caring 2020. Today we introduce the work of 4 artists who have contributed work to this year's exhibition.... Monique Martin, Mark Carr, Lieske Weenink and SEAN WORRALL. The Art of Caring is an annual inclusive international art exhibition celebrating Nurses, Midwives, Carers, and the NHS. Thank you to the School of Nursing at Kingston University for their support.

Monique Martin
Since the first humans used their spine of 33 bones to stand up and look to the horizon they have been fossilizing the future for others. Through evolution, skill development, and luck, societies have come and gone from this planet. Countless decisions were made in the moment in order to secure a future for themselves and following generations. Each decision made in the past affected the now. Each good idea or error in judgement made can be experienced over time, possibly even affecting generation to generation. When making decisions in the “now” care must be taken because that decision could fossilize the future and impact others who we may or may not meet.  This idea of changing the future for others must be an incredible amount of pressure for any nurse. I am grateful for all they do and have done for me in the past. About a year ago I had emergency hand surgery and the nurses I had were so good to me and so supportive, it made the terrible time much less terrible.  Their support allowed me to draw, with my good hand, on large pieces paper on the walls of my room when in the hospital, which led to a series of work called "Critical Pieces"
Nurses are critical pieces in the healthcare system.
Here are some images of what I drew.  https://www.youtube.com/watch?v=M626HCU6duo
https://www.instagram.com/p/BxIk1TDnTx8/ 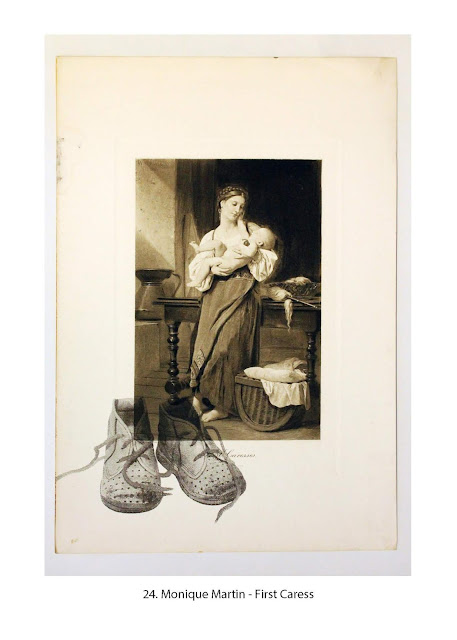 Monique is a multi-disciplinary based artist in Saskatoon, Canada.
Monique has exhibited her artwork in more than 200 significant solo, invited and juried group exhibitions in ten countries. Her works are held in more than forty-four public and private collections in ten different countries. Her work often uses significant symbols or comments on contemporary social issues. Using specific concepts, Monique creates bodies of work rather individual pieces and once she has exhausted a concept she moves on to a new concept. Her works push the boundaries of standard printmaking: enormous scale printmaking, installation based printmaking and working with three dimensions in printmaking.
Monique finds that her work develops well when she is away from her regular routine in her own studio, so she often seeks out artist in residence positions in other locations, or is invited to be Artist in Residence. She was Artist in Residence for Disneyland Paris, Paris, France (2013), Shakespeare on the Saskatchewan Festival (2013), Saskatchewan Children's Festival (2012), Bytown Museum, Ottawa, Canada (2010), Spalding, United Kingdom (2008), Nice, France (2006), Vallauris, France (2006), Mount Vernon, USA (2004), Wynyard, Tasmania, Australia (2003) and Coaticook, QC, Canada (2001).
www.moniqueart.com
twitter/insta:  @moniquesart
monique@moniqueart.com

Mark Carr
"My mother trained as a nurse in WW2 caring for injured and sick airmen. When the NHS was created by the post war labour Government, she was one of the first drafts of nurses to join the NHS. She continued to work for the NHS until 1970.
My eldest sister trained as a nurse in the navy during the 1960’s. After her military service she worked in the NHS until she retired.
My middle sister trained as a nurse at the Royal Northern Hospital, London in the 1970’s. She worked for the NHS until she immigrated to Australia in the mid 80’s, where she continued her medical career
So even though I am not a medical person myself, I have the NHS in my blood, and, unlike so many people in the country, I have been clapping the NHS all my life and will continue to do so in the privacy of my own home. Let’s hope after this emergency is over the NHS will receive the proper funding it so desperately needs, making ‘cap in hand’ charitable donations a thing of the past, not the future."
Mark Carr 2020 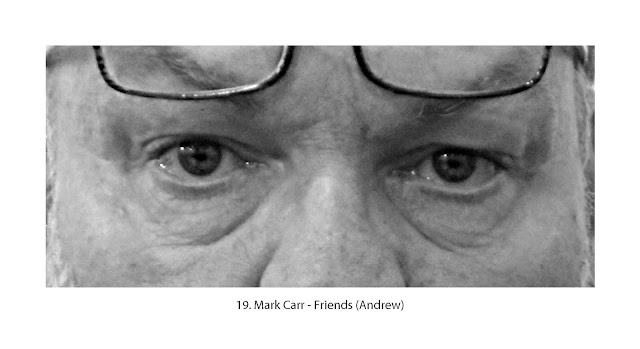 I have been making and exhibiting art in the UK since my teenage years, gaining a BA (hons) Fine Art in 1984 and an MA Fine Art in 1994. For brief periods in 1988 and 1990 I worked and exhibited in Australia. My work is in public and private collections in the UK, America and Australia. Originally a print -maker and painter, I now concentrate on multimedia work incorporating many elements, including: video, music, sound, print, painting and lighting effects. My work is essentially political and figurative. In 2018 I completed a new series of paintings and prints entitled - CUP OF LIFE , which commented on the 'Human Condition' in the 21st century. This work was exhibited in Oxford, Nuneaton, and Newcastle 2018/19. In 2019 I spent 8 months in dialogue with DJ and musicologist Trevor Johnson, creating new 1 hour video/performance work entitled - The SCREAM. This is an autopsy mental ill health, specifically my own. I am currently endeavouring to find a suitable space and access the funds to present this work. Lastly, I am developing a new series of work about the 'Friends' who access the Peoples Kitchen in Newcastle for free food and other essential services. I volunteered here, as part of a cooking team, for two years. This work will include a video, 30 paintings and between 10 and 15 large scale woodcut prints. I live and work in County Durham teaching part-time to support my practice. 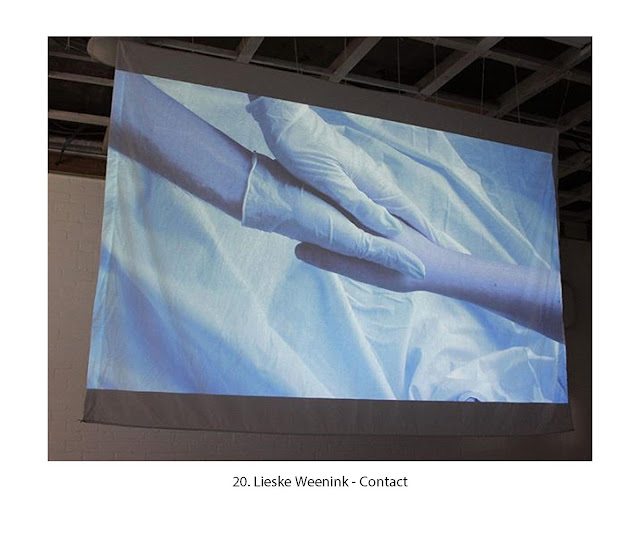 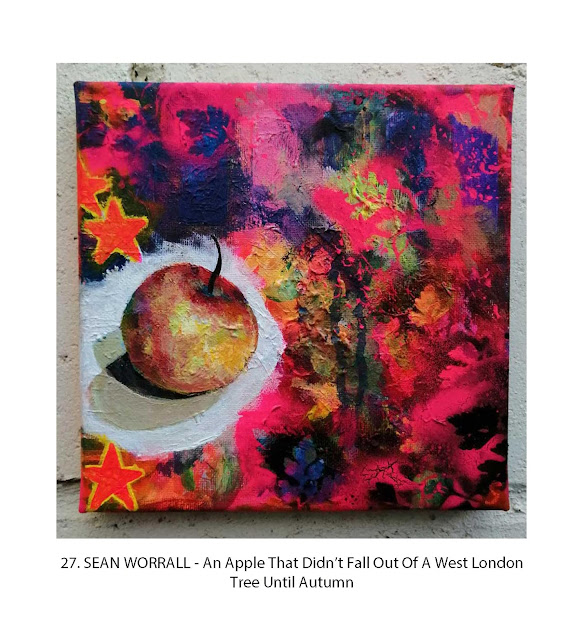 Posted by Collect Connect at 01:30